Winners of the competition CEO Challenge by Ursus Breweries

In June, our company Ursus Breweries gave students and graduates an opportunity to win tickets to the Untold festival.

The competition was called the CEO challenge, and the students were asked what they would do if they were CEO of Ursus Breweries for a day. We had a lot of entries and lots of interesting suggestions from the people who were taking part.

Each winner received two tickets, one for them and one for a friend. On Thursday 21st of July  they came into Head Office to collect their tickets, and we also gave them some limited edition Ursus Untold t-shirts.

They learnt a little more about the company and the Ursus brand and its link to Untold and also got the chance to meet with Igor Tikhonov, whose job they were doing for a day, and the other members of the board.
In turn we learnt more about what students think about our brands and adverts and also received a short tutorial from one winner about Pokémon Go! 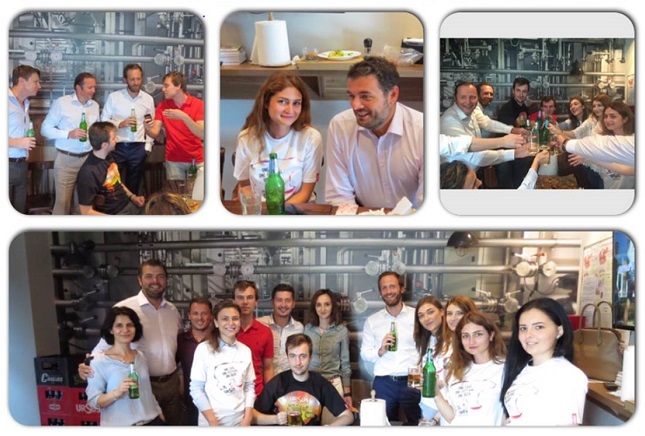