Cognizant Softvision is a digital services global company that sits at the intersection of strategy, design and execution for the world’s leading global brands. We are a transformational partner who helps our clients create game changing digital experiences. We scale innovation to continuously improve the digital maturity of the world’s leading companies.

🙌 We are 2,000 colleagues in Romania, organised in 14 technical Guilds, the company is already recognized as one of the country’s leading technology employers. We have been present since 1998 and we have continuously grown over the years into a powerful team. With Studios in Bucharest, Cluj-Napoca, Iași, Timișoara, and Baia Mare we embrace both IT professionals with strong software development skills, as well as young talented people, willing to learn and to develop their career.

💻 Delivering sustainable innovation, agility and a connection that inspires engagement and business transformation, we’ve worked with some of the world’s largest leading brands like Estee Lauder, Groupon, Microsoft, Macy’s, Mozilla, Lululemon, Neiman Marcus, among others.

📜 Innovation has been in the DNA of the company since the beginning. Every year, Cognizant Softvision celebrates its technical team during "Programmers' Week" and we also put in stage the largest Coding Contest organized so far in Romania. All these actions are doubled by the team's participation in the most important technology events in the country but also in sustainability and social activities.

Find out more on our brand new website: https://careers-romania.cognizantsoftvision.com/our-studios/ 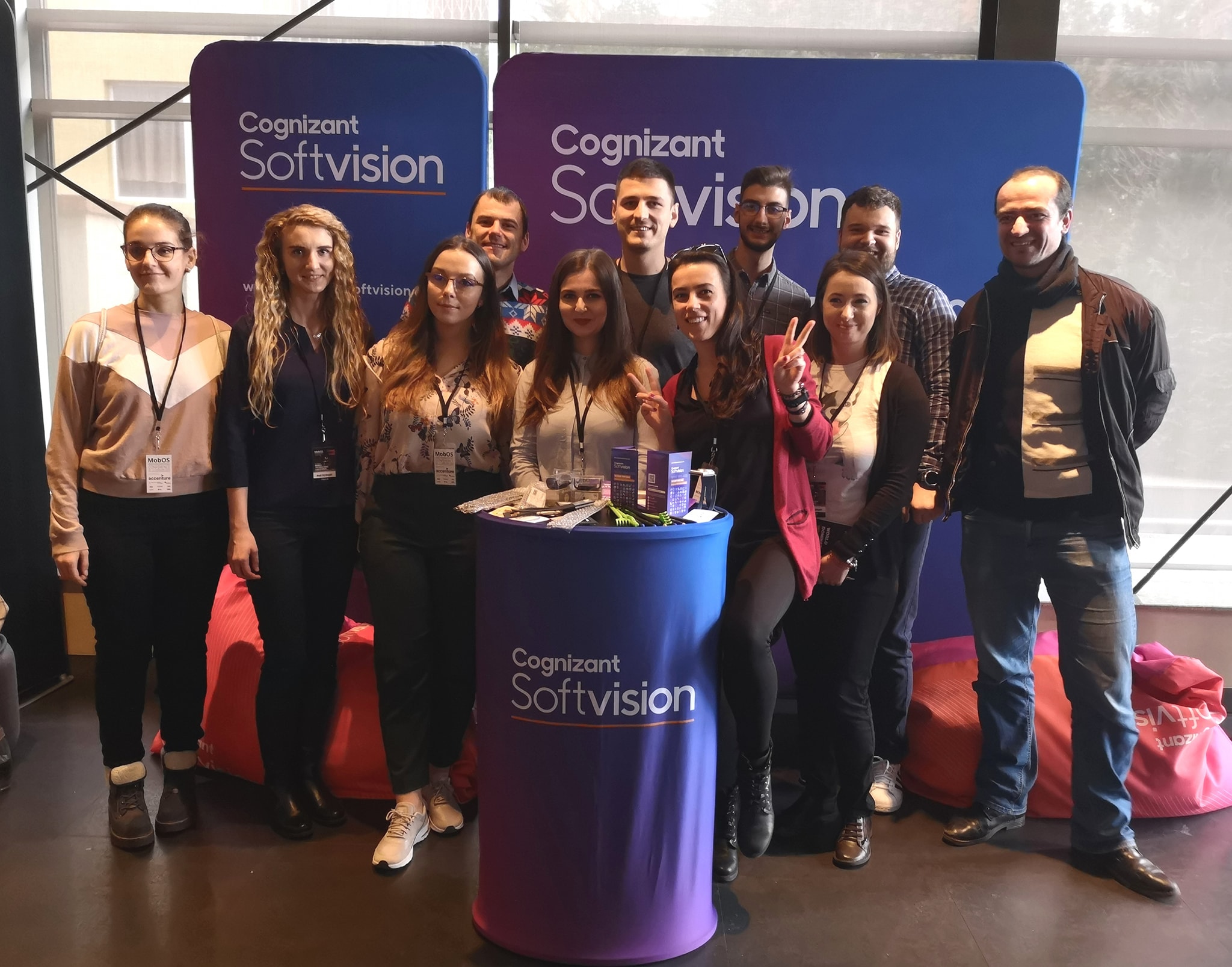 In the capital of Transylvania, we have 11 Cognizant Softvision Studios, situated all over the city, some of them centrally and others in key points of the city. Cognizant Softvision was established here in 1998, and since then the company has expanded in other cities of Romania.

Currently, in Cluj-Napoca we have a team of more than 400 Softvisioners that are permanently looking for development and evolution.

In all of our Studios you can find relaxation areas – ranging from playing zones, to pavilions, a friendly atmosphere and a perfect work environment to balance work and fun. 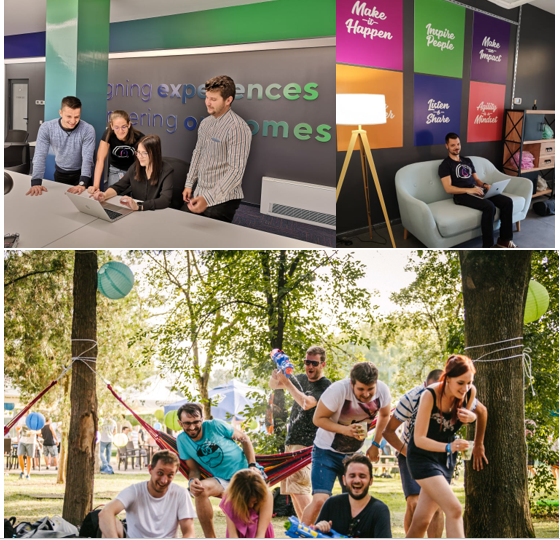 If you want to be a Softvisioner in Cluj-Napoca, apply to our jobs! 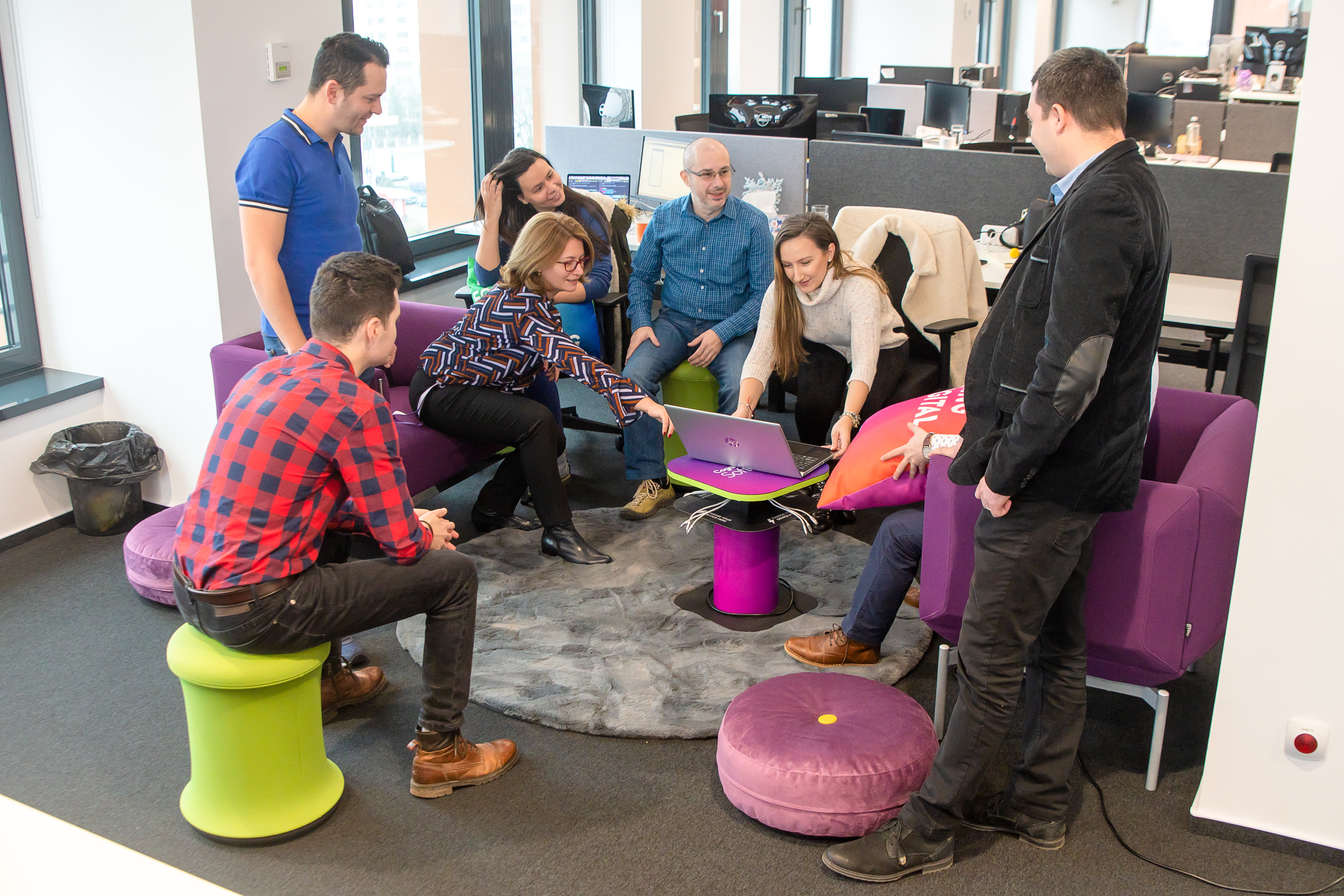 With more than two million people and home to 84 embassies and 35 universities, Bucharest is the capital and financial center of Romania. Softvisioners at Bucharest come from all corners of the country and even from abroad, with big ambitions and even bigger dreams to work in our three Studios. On October 19-20 2019, Cognizant Softvision organized in Bucharest the biggest coding contest in Romania with over 200 attendees, grouped in 43 teams. With $ 70,000 in prizes, the event rewarded three projects based on health, AR, and community improvements. 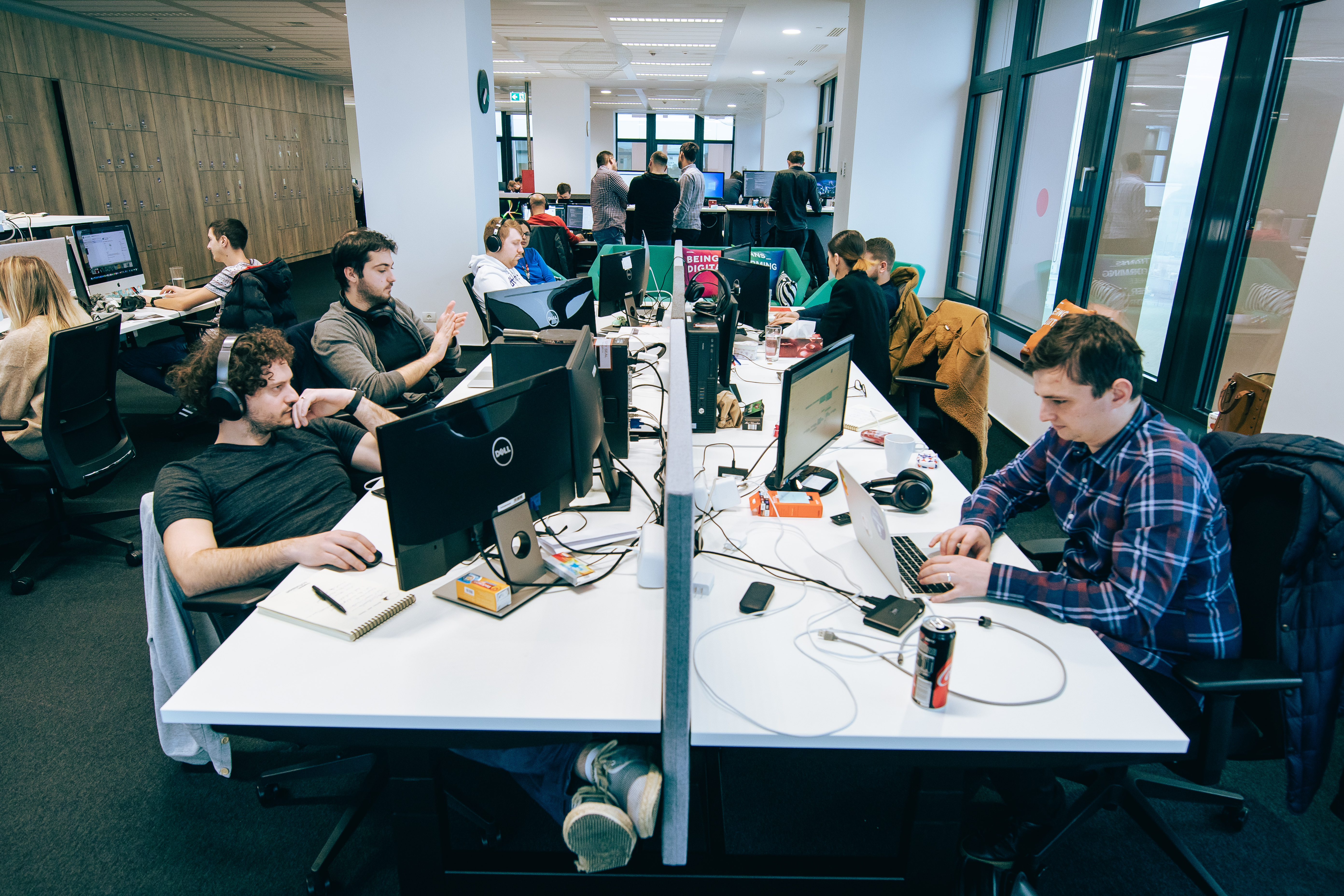 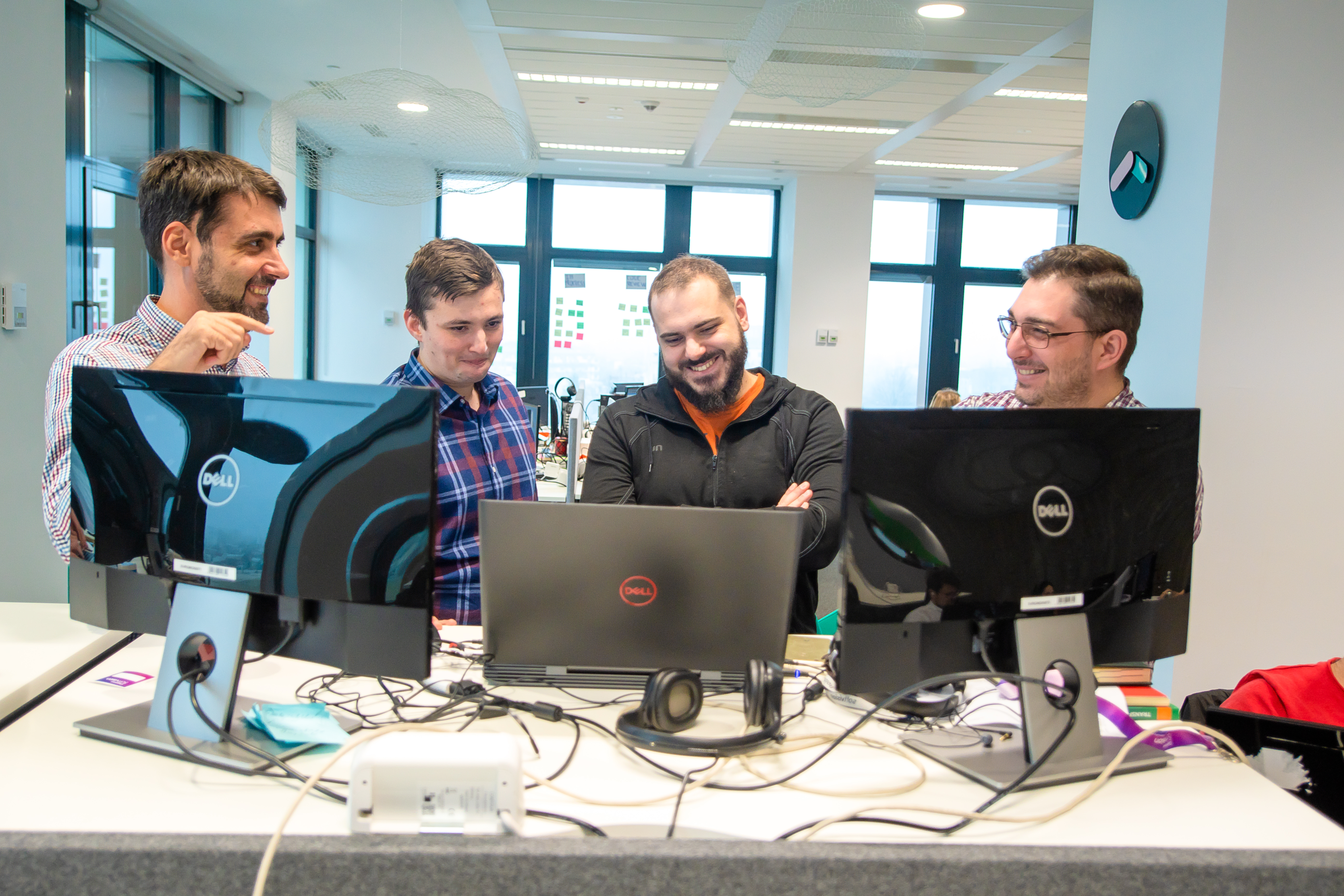 Starting with 2020, we have three locations in Bucharest, with our new Studio at Timpuri Noi Square.
Located in a developing business center overlooking the Dambovita River, TNO3 is within walking distance to the center of the city and right next to the Timpuri Noi metro station.

If you want to be a Softvisioner in Bucharest, apply to our jobs! 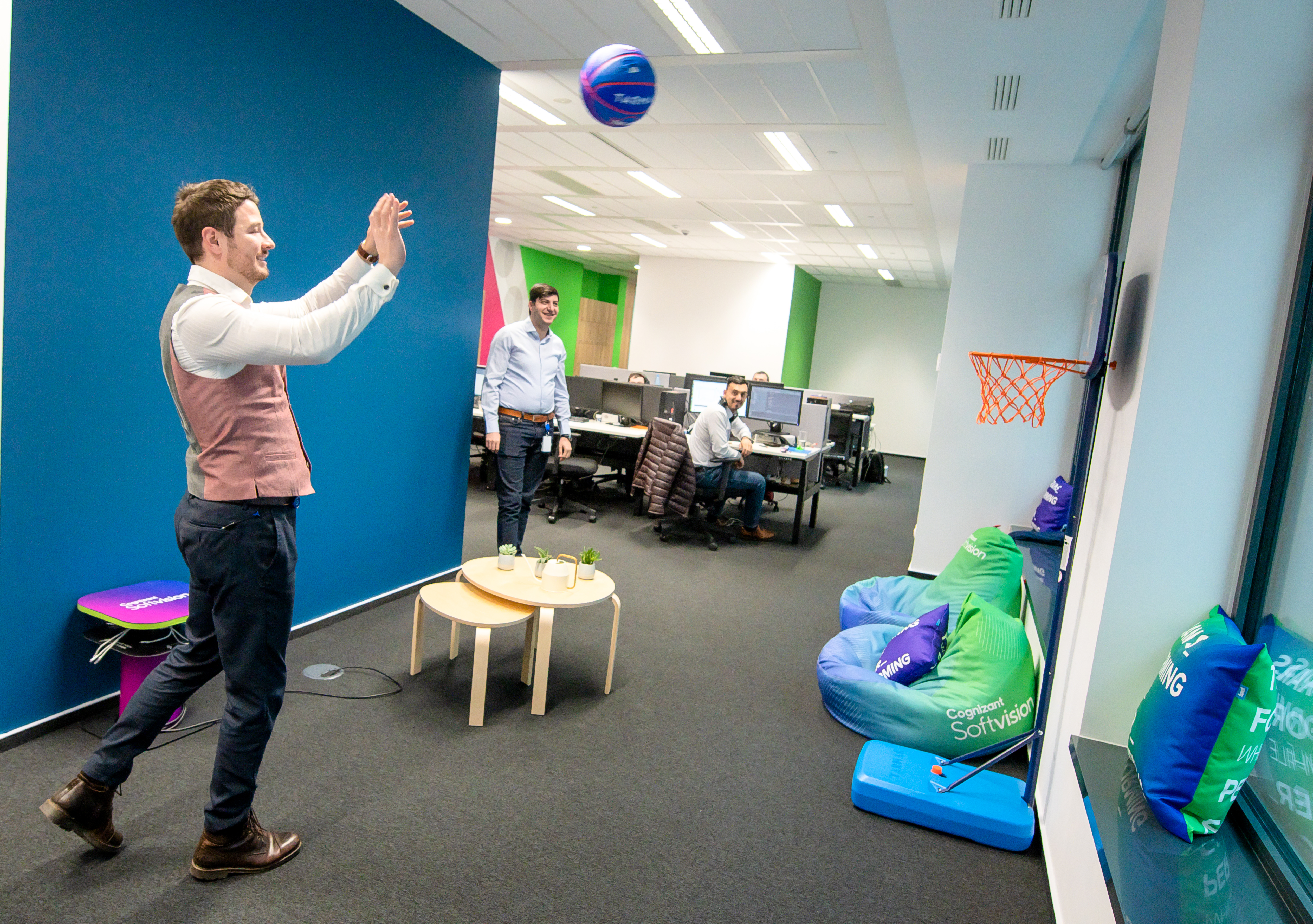 In the capital of Banat we have three Cognizant Softvision Studios, centrally situated,   that are full of amazing memories… and we have storage space for some more.

We have been present in Timișoara since 2012 and we grew in a team of around 200 motivated people that thrive for success and are always in search of innovation. 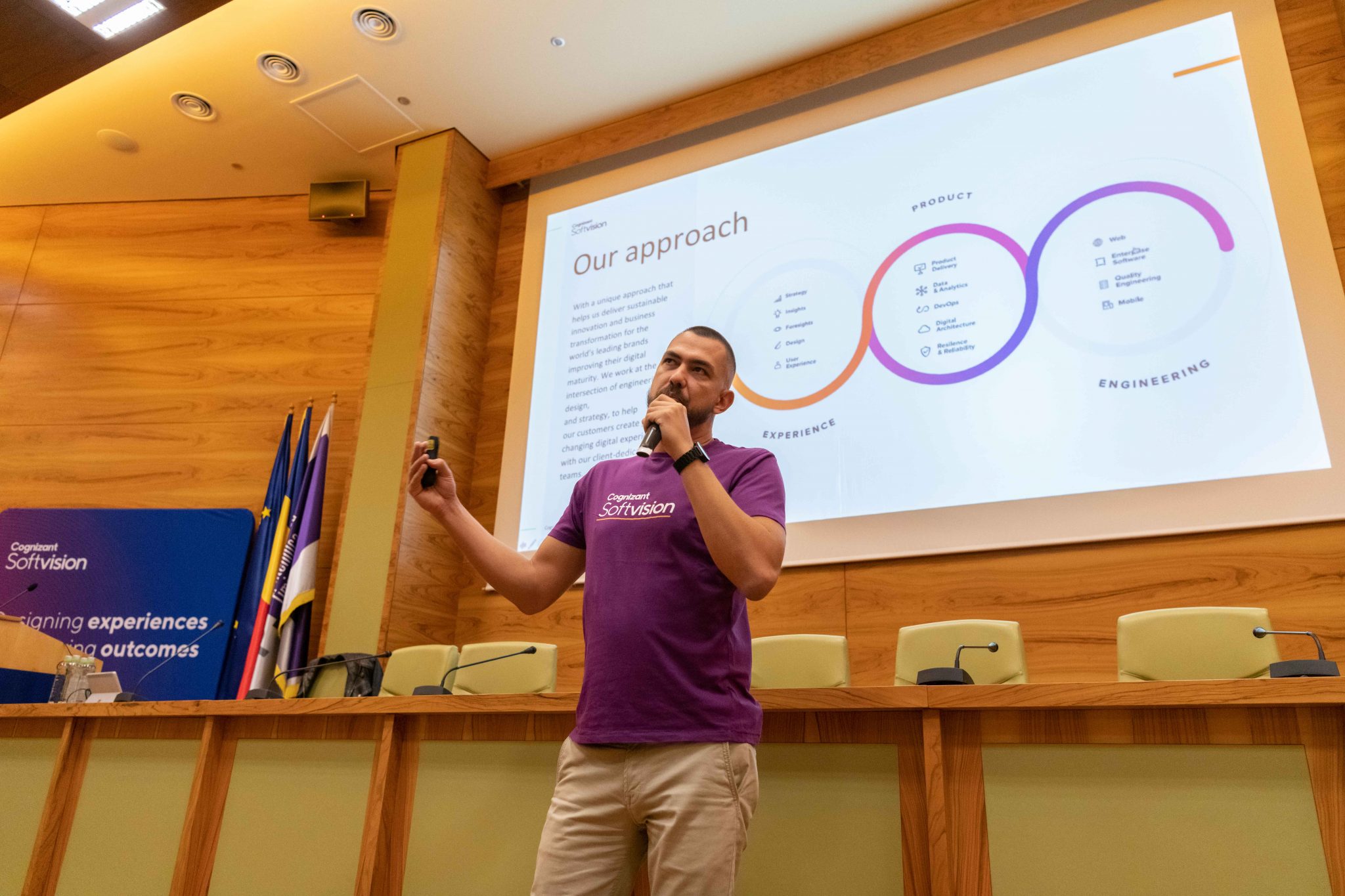 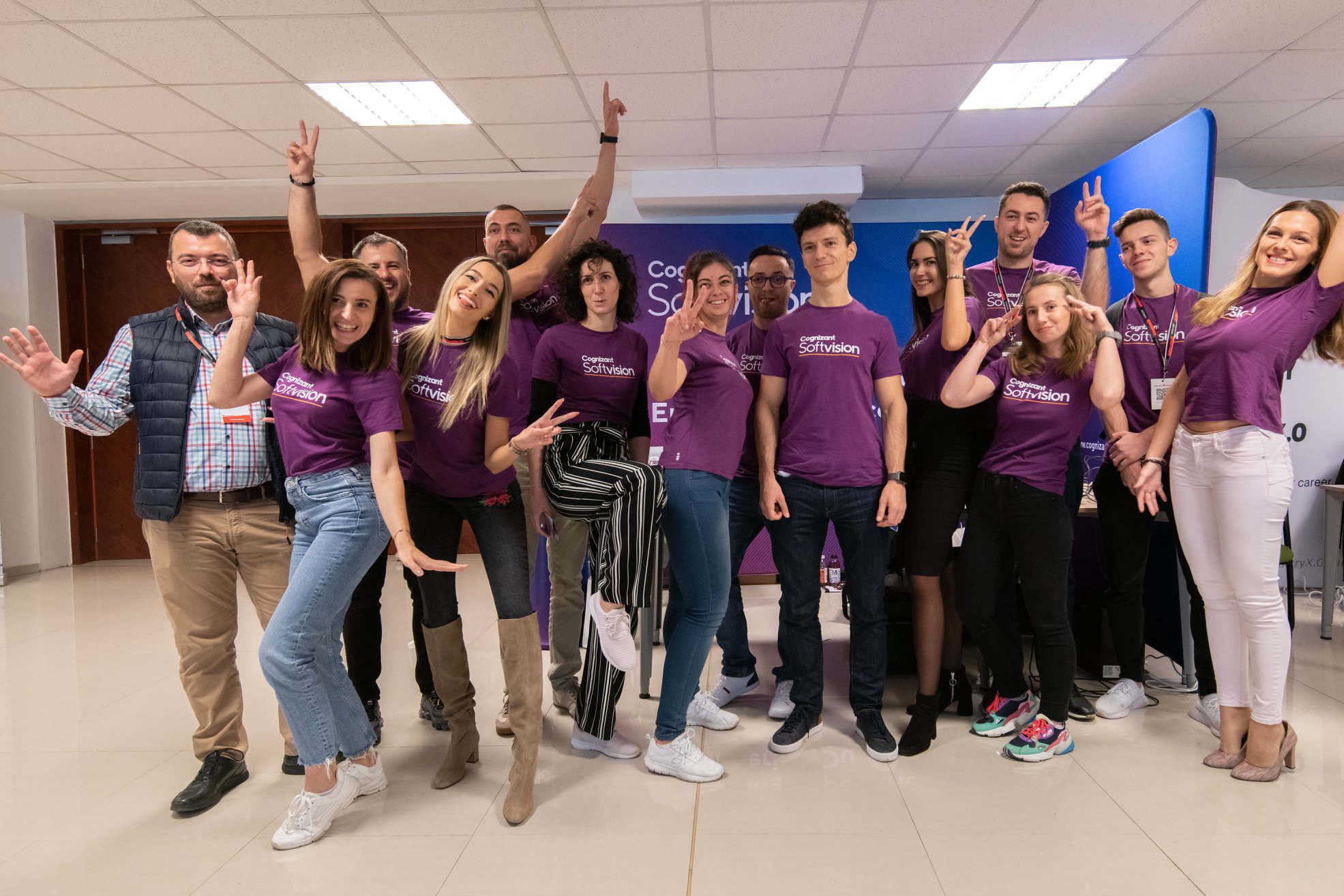 Our colleagues work from two Studios near town center and our newly opened Studio at United Business Center 3, where they benefit from flexible spaces, with an avant-garde design and relaxation areas, which stimulates their creativity and increases their efficiency. 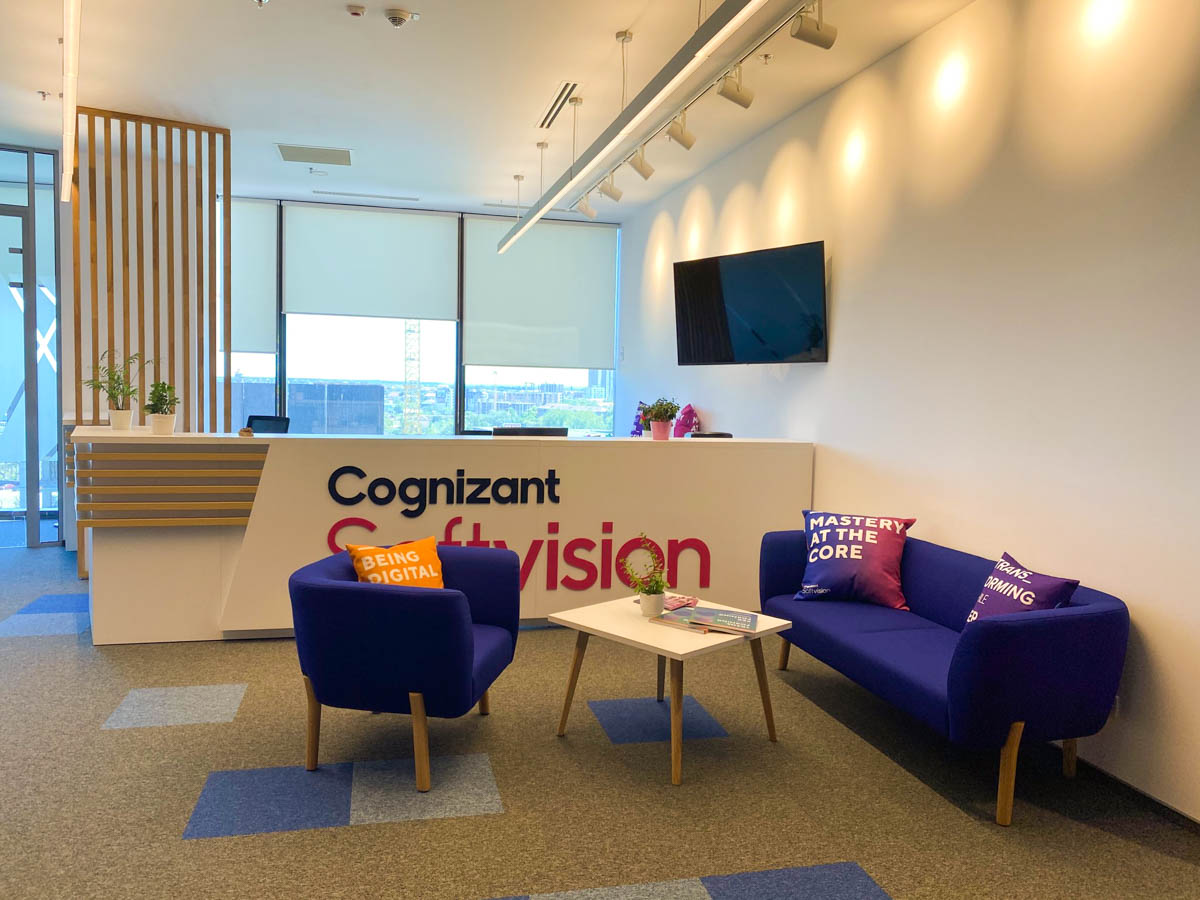 If you want to be a Softvisioner in Timișoara, apply to our jobs!

In Iasi we have two Studios with more than 270 passionate Softvisioners working in the city. Both are close to the city commercial center and inspire a positive and dynamic vibe through their design.

Aria Office Center is close to Palas Garden in the city center and from the Studio you have a great view of The Palace of Culture, the most important landmark in Iași. Centro Office is close to Iulius Mall and has easy access to all city zones, including the center. Iasi Softvisioners are mostly from the Northern and Eastern regions of Romania, as well as from Moldova. 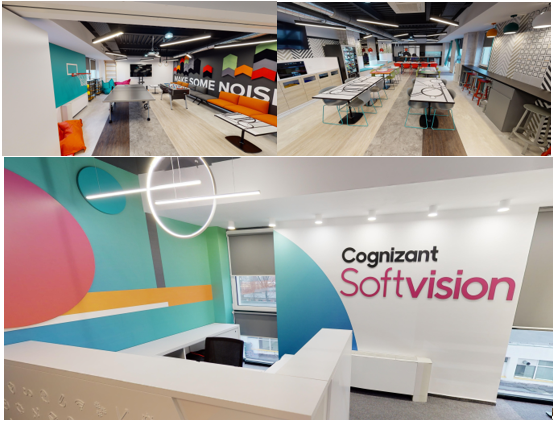 If you want to be a Softvisioner in Iași, apply to our jobs! 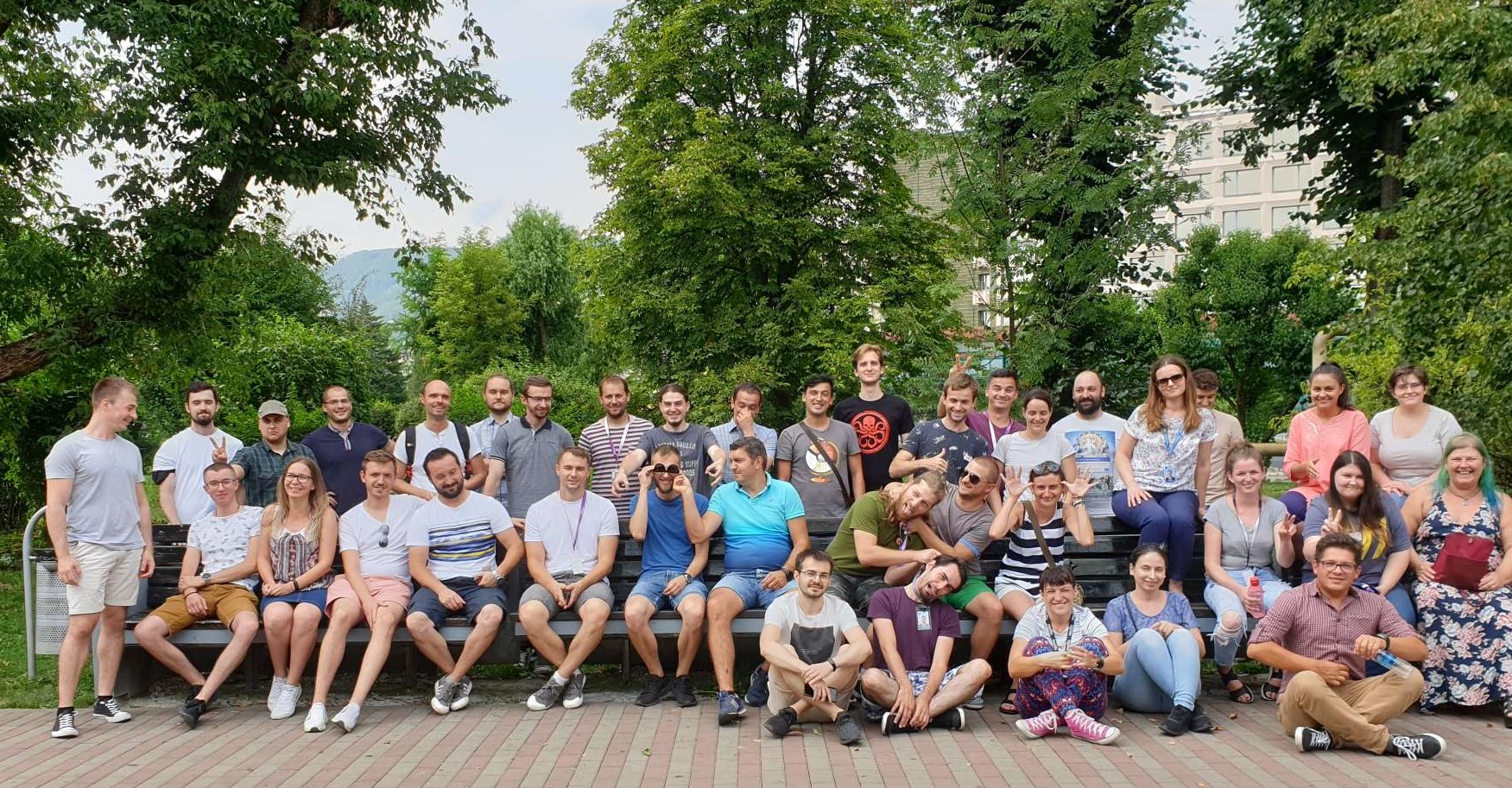 In Baia Mare we have one Studio, situated very close to the Old Town Centre and to the Sasar River. Our team has grown to around 200 passionate and dedicated people that are constantly looking for new tech discoveries. 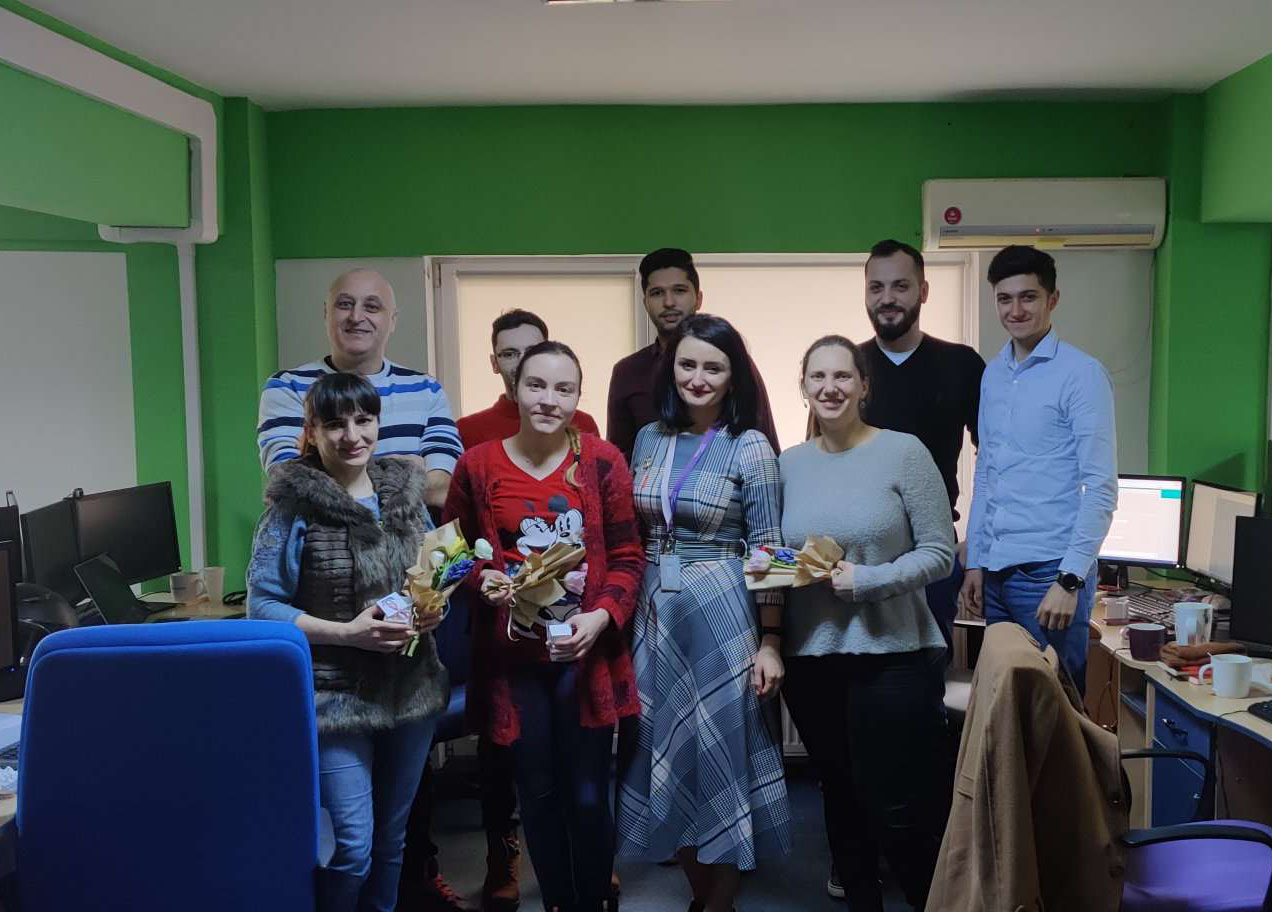 Our colleagues like to end their work days playing the guitar and singing in the park or enjoying a cup of coffee on the terrace looking at the city and its surrounding mountains.


If you want to be a Softvisioner in Baia Mare, apply to our jobs! 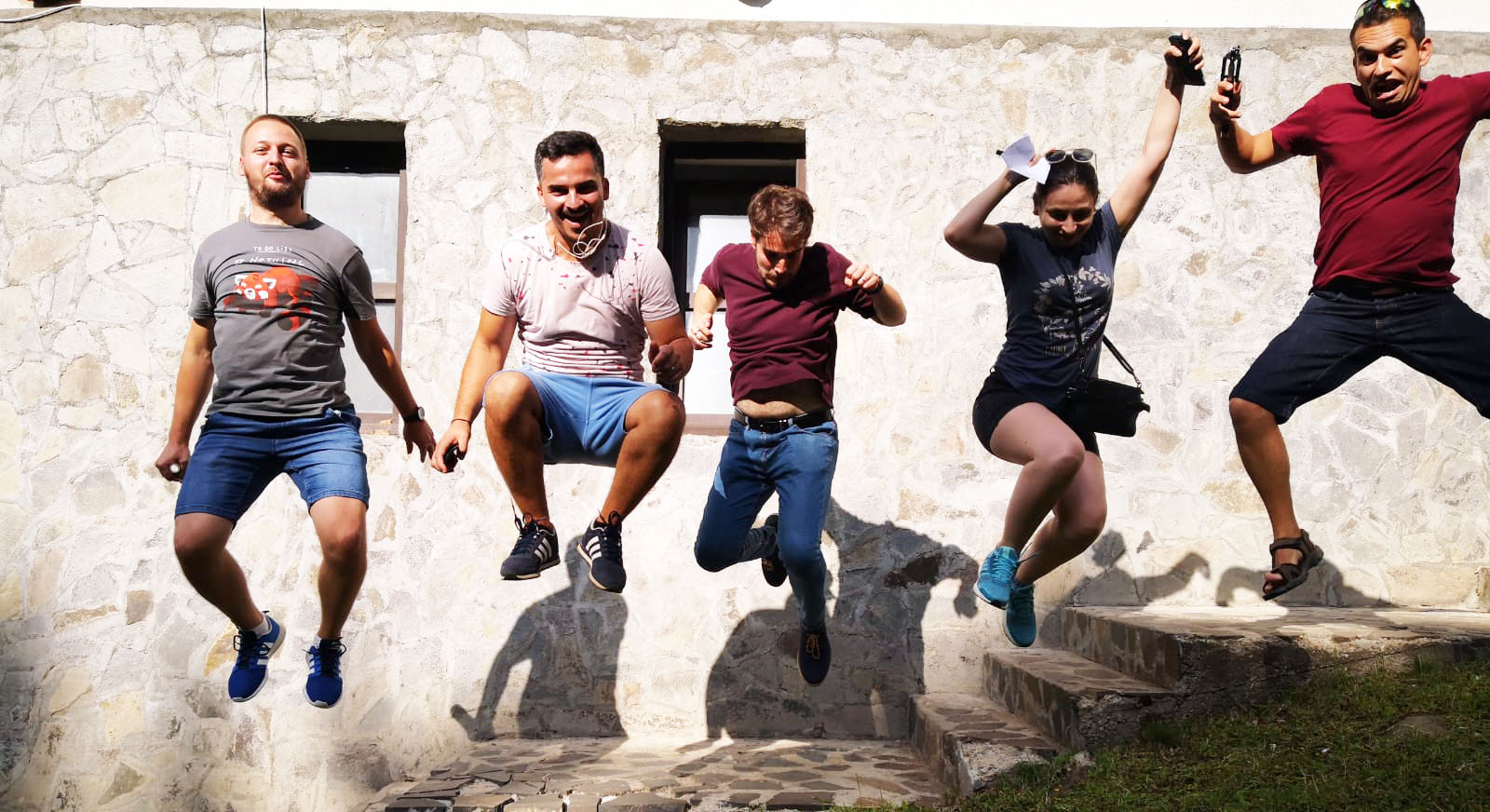