How can a function store permanent data cache with Javascript Closure?

In this article I would like to describe how a function can store permanent data cache with Closure. Closure is a powerful feature of Javascript where an inner function has access to the outer function’s variables. In order to better understand the terms described in this article, I recommend reading my previous article on how code is executed in Javascript:A graphical representation of code execution in Javascript.This article is inspired by the course presented by `Will Sentance, JavaScript: The Hard Parts, v2`.

In the following example, every time the function add gets executed, a brand new execution context is created and after the execution of the function is completed, the state is deleted without being able to ever access state from previous functions run again.

The following code will do the sum of numbers by storing the result in the variable sum, which is stored in Global Memory as a “backpack”. Will defines in his course a “backpack” as being all the surrounding data that the function brings with it after its execution into the Global Memory. 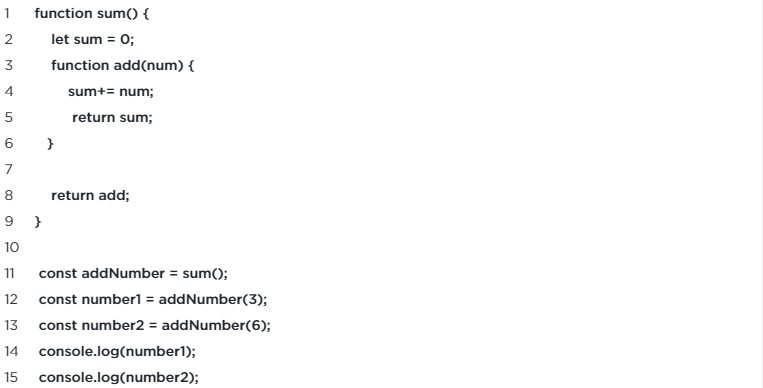 So what exactly happens when we run this code? I will explain all the steps that happen during code execution. 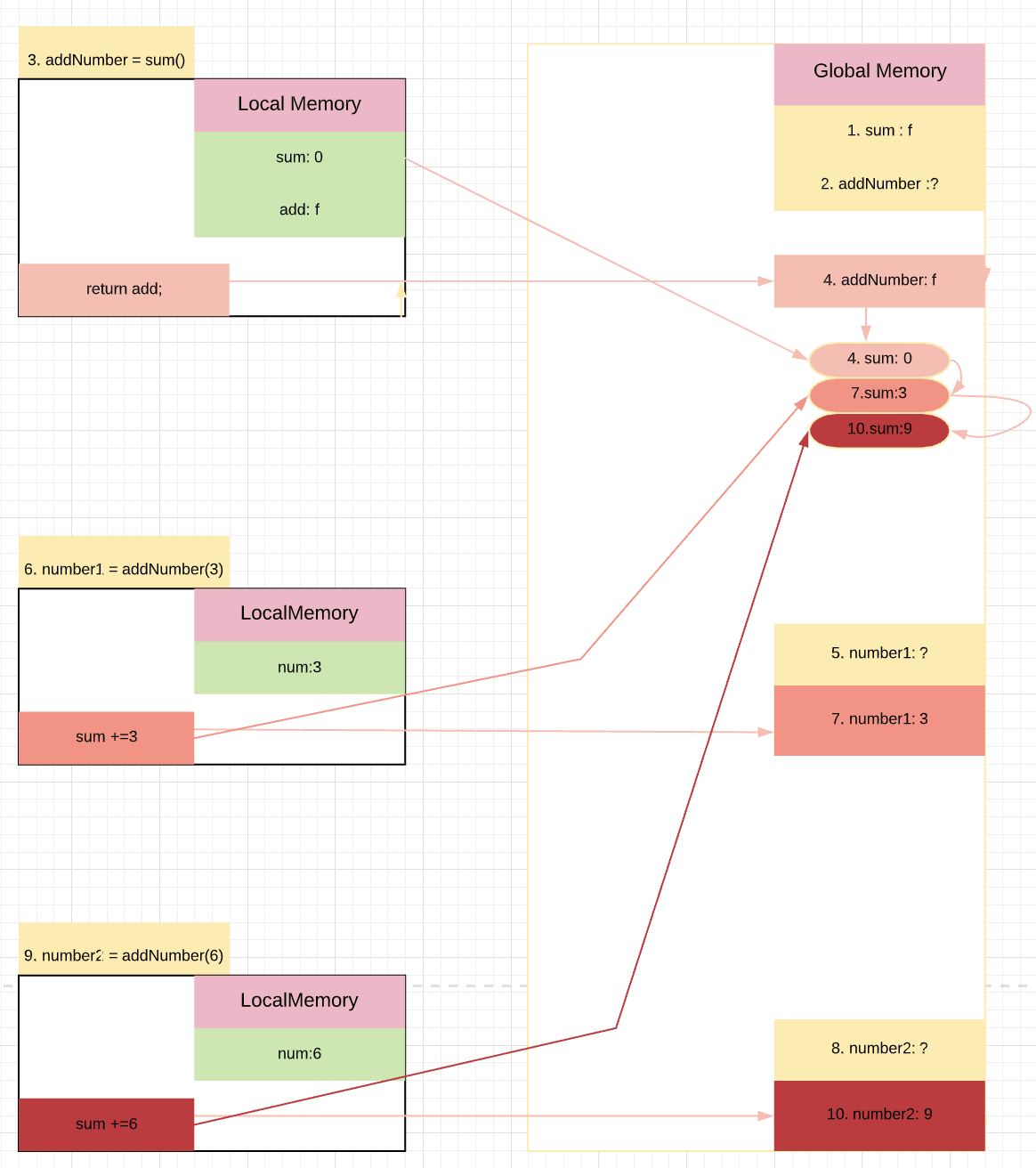 At line 12 a constant number1 is defined, which remains uninitialised for now (step 5), but will be the result of executing the method addNumber with parameter 3 (step 6). When the function addNumber is executed, a brand new execution context is created. The sum variable is searched in the Local Memory, it is not found there, then it is found in the [[scope]] of addNumber which is its “backpack”. sum is updated to 3 in the “backpack” and number1 is initialised with 3 (step 7).

At line 13, the constant number2 is defined (step 8), which remains uninitialised until the execution of addNumber (step 9) finishes. A brand new execution context is created, where num is initialised to 6 and sum is returned with the value 9 into the variable number2 and the value in the “backpack” of addNumber is updated to 9 (step 10).

Closure is an important concept in Javascript that can be complicated to understand at first sight, but once you start to use it, it becomes more clear.

I hope the graphical representation presented in this article helps you understand Javascript Closure more easily.